Make yourself at home

I started this blog almost ten years ago over on the free wordpress.org. It was a documentation of my journey as a wife, a new mother and someone who have a passion in making beautiful photo. My photography style is very whimsical and quirky. I am very attracted to light reflections and natural color tone. I hope you enjoy my work.

Want to look up something? 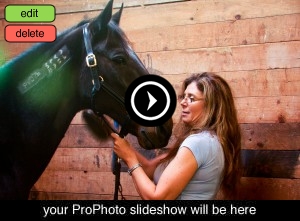 I had met Ann and Jerry at the New Years Eve Gala. I was the in house photographer who had the privilege of photographing Jerry’s birthday party, and it was an absolutely fun yet heartfelt party. Ann and Jerry initially wanted to have family portrait taken along with some of their rescue pets during May, instead I got an unusual request to photograph Hewitt this week.

Hewitt was surrendered by its previous owners, and Ann and Jerry had adopted the first time they had lay eyes on him. Hewitt holds the record for being one of the oldest horses that ran in the harness racing horse circuit. I will put on an update as soon as the article comes out.

I had an amazing time, it was a bit fun going around Hewitt because he only let me photograph him on one side…hence the mass quantity of back-light shot. I also learned that horses beg for fresh grass to snack on much like my own 8 month old baby. Â They order you to get them snack by smacking the lips!